Usain Bolt invites you to run for your country

Announcing the Vitality Running World Cup – a mass running movement designed to encourage people to Move More and get more active. In March 2020, everyone has the chance to represent their country in an annual, free-to-enter, knockout, global running competition. Three iconic Olympic Gold medallists have been named as country captains, each encouraging their respective nations to lace up and take part. Can your country count on you? The economic benefits of a more physically active population - the results of a study on the relationship between global economic growth and exercise, carried out by Vitality and RAND Europe, reveal significant benefits to the economy and life expectancy if physical activity levels increase globally. ASR Netherlands N: Half of the Dutch population comes up with an excuse not to exercise

The Dutch are sports-minded people. And yet, according to a study commissioned by a.s.r., almost half of the people surveyed come up with an excuse not to exercise. And more than half of those interviewed say they feel guilty after using an excuse. The most commonly stated reasons for not exercising are being tired, not feeling fit, the weather or work-related obligations. 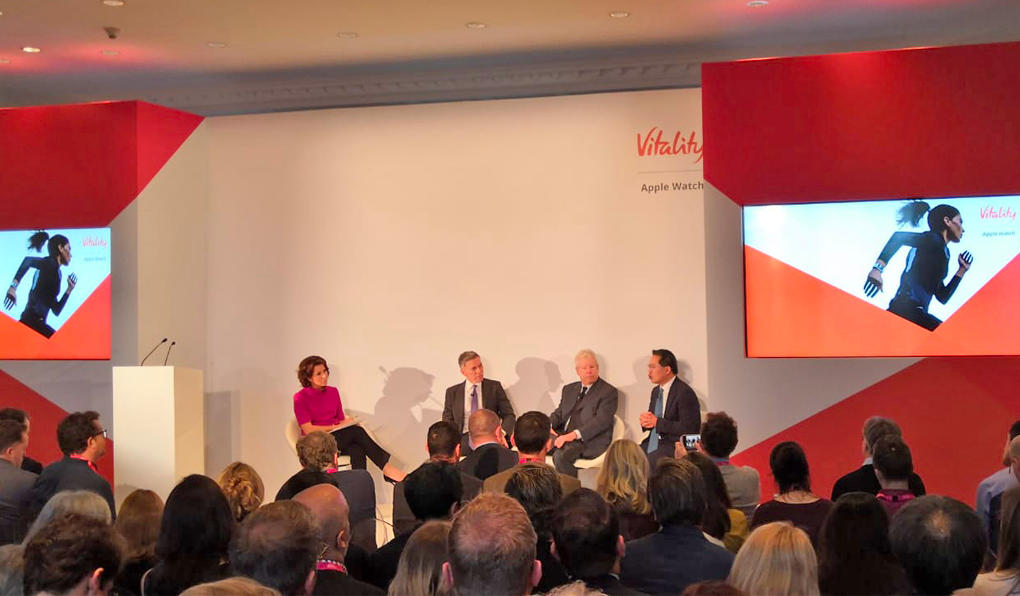 In 2018, Vitality, together with Apple and RAND Europe, conducted the largest behavior change study on physical activity. It showed that combining Vitality Active Rewards incentives with the Apple Watch benefit, leads to significant and sustained activity levels showing a 34% increase in activity levels.

This landmark study contributes to a deeper understanding of incentives that promote fitter and healthier lives. Building on these results, Vitality and its global network of insurers have committed to making 100 million people 20% more active by 2025 – aligned with the WHO Global Action Plan on Physical Activity. Vitality Group signed an agreement with The Company for Cooperative Insurance (Tawuniya), making them the first to integrate insurance products with the Vitality Group’s behavior-change platform. With this agreement, Vitality Group will reach the Middle East and North Africa with its Shared-Value Insurance model. In a landmark launch for the continent, Ecuador’s two leading insurance companies, Saludsa and Equivida, today announced the launch of Vitality in South America. Having launched their shared-value insurance offers to Latin America under the slogan "Chau excuses", they were supported in today’s announcement by Vitality Ambassador, Carles Puyol – triple winner of the league of champions and World-Cup winning professional footballer, inspiring Ecuadorians to lead healthy lives. Researchers from Vitality Group, Cambridge University and Charles University teamed up to analyze responses from more than 30 000 employees across 173 organizations that participate in the survey, Britain’s Healthiest Workplace. Results, published in the Journal of Occupational and Educational Medicine, showed employees lose an equivalent of 31.2 workdays a year due to health issues. The three main influences are mental health, job characteristics and physical health.