ASR Netherlands N: Half of the Dutch population comes up with an excuse not to exercise 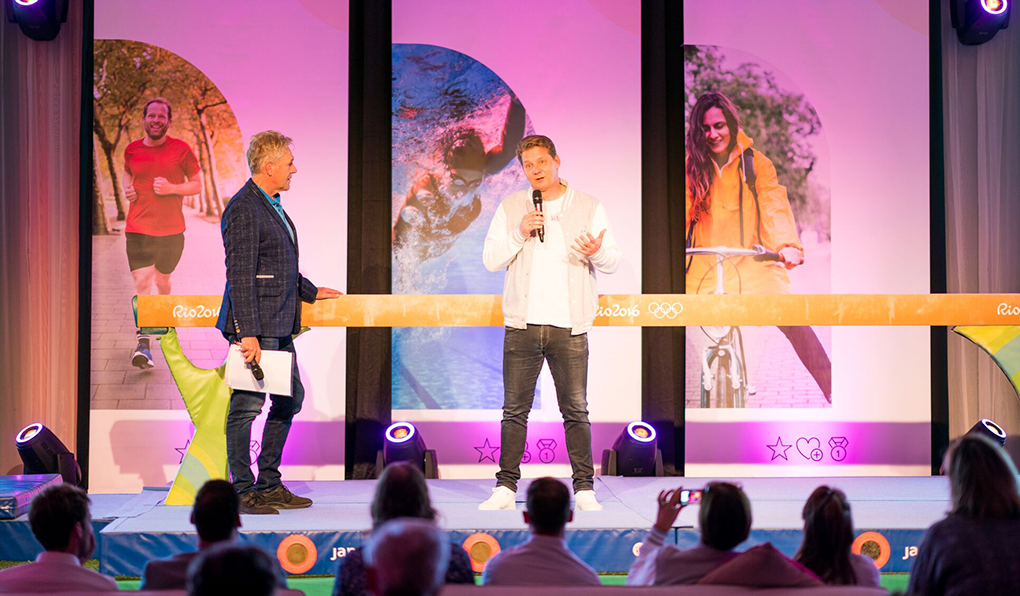 Half of the Dutch population comes up with an excuse not to exercise a.s.r. launches health programme for customers: a.s.r. Vitality

The Dutch are sports-minded people. And yet, according to a study commissioned by a.s.r., almost half of the people surveyed come up with an excuse not to exercise. And more than half of those interviewed say they feel guilty after using an excuse. The most commonly stated reasons for not exercising are being tired, not feeling fit, the weather or work-related obligations.

Also, 55 percent indicate they lack motivation to start exercising. This behaviour changes in a positive way when there is the prospect of a reward (financial). In that case, nearly half are prepared to get going. a.s.r. responds to this with a.s.r. Vitality, a proven health programme, which helps customers change their behaviour and motivate them to exercise.

a.s.r. partners with Vitality Group to bring the Vitality program to the Netherlands.

Vitality is a health programme - based on behavioural science - that encourages members in a positive way to get moving and live healthier lives. And to keep exercising. The program is successful in 22 markets with over 16 million members globally.

Jos Baeten, CEO of a.s.r.: 'We do not only want to help our customers if they have an illness or disability, but we also want to help prevent this from happening in the first place. By encouraging people to make healthy choices and exercise more. Therefore, we are very pleased that, with Vitality, we have brought a scientifically proven health programme to the Netherlands which allows us to reward people who make healthy choices. a.s.r. Vitality has advantages for our customers, employers, society at large as well as for a.s.r. Healthy customers claim less, which contributes to keeping the premiums affordable.'

"When people maintain healthier habits, chronic diseases and long-term illnesses can be prevented. A healthier society means reduced healthcare needs and costs," said Shaun Matisonn, Head of Insurance Markets, Deputy CEO, Vitality Group. "Vitality is a powerful behaviour change platform that encourages these healthier habits and is successfully improving the health of over 16 million people in 23 markets. Today, we are excited to extend that reach even further, and introduce Vitality to The Netherlands."

Dream team of top sportsmen and women to help customers

a.s.r. Vitality will be available from Monday 4 November 2019. More information on the content of the programme can be found on www.asr.nl/vitality

ASR Nederland N.V. (a.s.r.) ranks among the top 3 insurers in the Netherlands. a.s.r. offers products and services in the fields of insurance, pensions and mortgages for consumers, self-employed persons and companies. In addition, a.s.r. is active as an asset manager for third parties. a.s.r. has been listed on Euronext Amsterdam is included in the AEX Index. For more information, please visit www.asrnederland.nl.

Guided by a core purpose of making people healthier, Vitality is the leader in improving health to unlock outcomes that matter. By blending smart tech, data, incentives, and behavioral science, we inspire healthy changes in individuals and organizations. Vitality brings a global perspective through successful partnerships with the smartest insurers and most forward-thinking employers around the world. More than 16 million people in 23 markets engage in the Vitality program. For more information, visit vitalitygroup.com.